Masterclass on Modern and Traditional Credit Risk Analysis and Management

Masterclass on Modern and Traditional Credit Risk Analysis and Management

A Course Led by Professor Edward I. Altman and Other Leading Experts

We are pleased to offer an in-depth and unique course on up-to-date and traditional principles and models on one of the most important risk management areas in today’s financial environment – Credit Risk. Led by world famous scholar and Senior Advisor to many corporate and regulatory organizations, Professor Edward I. Altman from the NYU Stern School of Business, Dr. Altman is also Co-Founder and Senior Advisor to the SME Credit Analytic Firm, Wiserfunding, Ltd, with locations in London and Mumbai. This 6-module course will discuss and train credit practitioners, financial regulators, firm advisors and executives and instructors in finance on such topics as:

Our other leading instructor-experts are Dr. Gabriele Sabato, Co-Founder and CEO of Wiserfunding, Ltd. (London) and Dr. Robert Benhenni, CEO of QFA, Inc. (New York and Paris) Lecturer at the University of Bergamo, (Italy) and Portfolio Advisor to Classis Capital, SpA. (Milan).

Where relevant, we will provide classic and recently published cutting-edge articles, written by our instructors, to course participants. 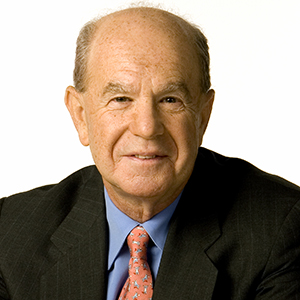 Edward I. Altman is the Max L. Heine Professor of Finance at the Stern School of Business, New York University. He is the Director of Research in Credit and Debt Markets at the NYU Salomon Center for the Study of Financial Institutions. Prior to serving in his present position, Professor Altman chaired the Stern School's MBA Program for 12 years. He has been a visiting Professor at the Hautes Etudes Commerciales and Universite de Paris-Dauphine in France, at the Pontificia Catolica Universidade in Rio de Janeiro, at the Australian Graduate School of Management and MacQuarie in Sydney, University of Western Australia in Perth, Luigi Bocconi University in Milan and CEMFI in Madrid. Dr. Altman was named to the Max L. Heine endowed professorship at Stern in 1988.

Dr. Altman has an international reputation as an expert on corporate bankruptcy, high yield bonds, distressed debt and credit risk analysis. He was named Laureate 1984 by the Hautes Etudes Commerciales Foundation in Paris for his accumulated works on corporate distress prediction models and procedures for firm financial rehabilitation and awarded the Graham & Dodd Scroll for 1985 by the Financial Analysts Federation for his work on Default Rates on High Yield Corporate Debt and was named "Profesor Honorario" by the University of Buenos Aires in 1996. He is currently an advisor to the Centrale dei Bilanci in Italy and to several foreign central banks. Professor Altman is also the Chairman of the Academic Advisory Council of the Turnaround Management Association. He received his MBA and Ph.D. in Finance from the University of California, Los Angeles. He was inducted into the Fixed Income Analysts Society Hall of Fame in 2001, President of the Financial Management Association (2003) and a FMA Fellow in 2004 and was amongst the inaugural inductees into the Turnaround Management Association’s Hall of Fame in 2008. In 2005, Prof. Altman was named one of the “100 Most Influential People in Finance” by the Treasury & Risk Management magazine. He also received an Honorary Doctorate from Lund University, Sweden in May 2011.

Professor Altman was one of the founders and an Executive Editor of the international publication, the Journal of Banking and Finance and Advisory Editor of a publisher series, the John Wiley Frontiers in Finance Series. He has published or edited two-dozen books and over 150 articles in scholarly finance, accounting and economic journals. He was the editor of the Handbook of Corporate Finance and the Handbook of Financial Markets and Institutions and the author of a number of recent books, including his most recent works on Bankruptcy, Credit Risk and High Yield Junk Bonds (2002), Recovery Risk (2005), Corporate Financial Distress & Bankruptcy (3rd ed., 2006) and Managing Credit Risk (2nd ed. 2008). His work has appeared in
many languages including French, German, Italian, Japanese, Korean, Portuguese and Spanish.

Dr. Altman's primary areas of research include bankruptcy analysis and prediction, credit and lending policies, risk management and regulation in banking, corporate finance and capital markets. He has been a consultant to several government agencies, major financial and accounting institutions and industrial companies and has lectured to executives in North America, South America, Europe, Australia-New Zealand, Asia and Africa. He has testified before the U.S. Congress, the New York State Senate and several other government and regulatory organizations and is a Director and a member of the Advisory Board of a number of corporate, publishing, academic and financial institutions. He has been Chairman of the Academic Council of the Turnaround Management Association since 2002. 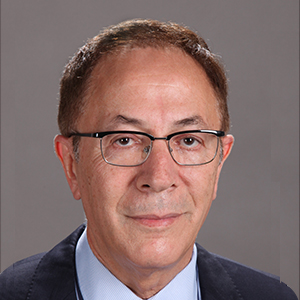 Dr. Robert Benhenni, CEO of QFA, Inc. He is also a lecturer at the University of Bergamo, (Italy) and Portfolio Advisor to Classis Capital, SpA. (Milan)

Robert Benhenni holds a PhD in Applied Mathematics (Statistical Probability) from UCLA (University of California Los Angeles), and an MBA in Finance from the University Of Chicago Booth School Of Business.

Gabriele is an experienced risk manager, currently leading a London-based fintech, Wiserfunding, specialized in assessing the credit risk of SMEs.

Outstanding academic records and highly sophisticated research activity published in the most important academic journals have helped to build a strong profile and credibility with investors and regulators.
He received his M.S.c. and Ph.D. in Finance from University of Rome “La Sapienza” – Faculty of Economics.

Some of his publications include:

Want to be part of it?

VCC Events opens up the avenues for participation. Join hands to be a part of India’s largest gathering of alternative investments leaders, industry stakeholders and Asia’s influential limited partners, general partners and marquee advisors. Your chance to actively participate and augment yourself as thought leaders.

Attend as a delegate

Refund and Substitution Policy (Differ from one programme to other, please read carefully): No refunds will be granted for cancellations made within 15 days of the workshop. Those delegates, who have confirmed and do not attend, are liable to pay the full course fee and no refunds will be granted. Cancellation fee of 50% will be applicable 30 days prior to the workshop. Cancellation fee of 25% will be applicable up to 45 days prior to the workshop. Company reserves the right to amend content, expert, policy, venue & date(s) of the workshop. Participants will be refunded the registration fee in full in case the workshop gets cancelled. In case of refunds or cancellation mentioned above - the inward and outward Forex transaction cost (s) and currency fluctuation differential will be charged while accounting for the refund. Company assumes no liability for any costs including transportation, hotel reservations or any other costs incurred by participants in the event of cancellation.

Substitutions within a company are permitted through the workshop/training date, request must be by email to training@vccircle.com

Do you have any queries?

Drop us a line and we will call you.

Add to a calendar